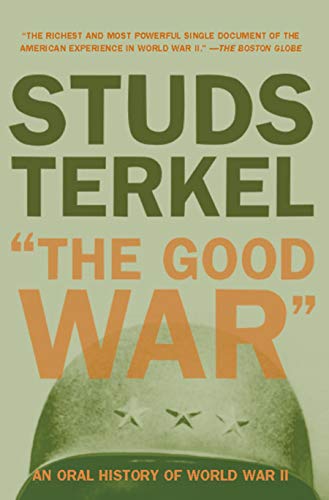 It took him until 1984 but Studs Terkel, the noted Chicago columnist and radio commentator, gathered hundreds of interviews and organized them into a single volume, entitled, “The Good War:” An Oral History of World War II. As I read page after page of heartfelt testimony by eyewitnesses from all walks of life and many countries, I begin to understand why this anthology was awarded the Pulitzer Prize. The author notes that the title of the book was suggested by Army war correspondent Herbert Mitgang, a description often used by many of that generation to distinguish that war from other wars. Quotation marks were added, he explains, not as a matter of caprice or editorial comment, but simply because the adjective “good” mated to the noun “war” is so incongruous.

The good war? That infuriates me. Yeah, the idea of World War II being called a good war is a horrible thing. I think of all the atrocities I think of a madman who had all this power. I think of the destruction of the Jews, the misery, the horrendous suffering in the concentration camps. In 1971, I visited dark out. I could not believe what I saw as one barracks left a model barracks you can’t reconstruct the rest and see what the hell is going on it doesn’t take a visit to make you realize the extent of human  misery.

–Dellie Hahne, in The Good War, An Oral History of World War II, by Studs Terkel, 1984.

The subject of war has again moved to the forefront today. The United States is providing technological, economic and intelligence support to the valiant Ukrainian troops resisting a new Russian onslaught. The free world must ensure that this attack, intended to subdue and take over the former Soviet dominated Ukraine, will fail. Winning this fight to protect the last barrier to attack on NATO countries of Europe has become a high-stakes strategic and symbolic battle for the survival of democratic governments worldwide.

Quotes criticizing this designation, such as Delle Hahne’s above, occur throughout the book. One of the most eloquent, by John H. Abbott, describes his experience when he refused to serve in the military, due to his pacifist belief that war is unnecessary and wrong. His draft board classified him 4- E, as a conscientious objector, a label he would not even claim. He walked away from the Quaker conscientious objector camp to which he was assigned. Ultimately he was sent to prison for three years for his “crime.” When he learned he would lose his vote as a former convict, he drew the line. He took his case all the way to the Supreme Court and won. The law was changed so that he and millions of other former convicts could retain their most precious American right.

Admiral Gene Laroque spent four years in World War II and then volunteered as a professional military man to fight again in Vietnam. He made the observations about “The Good War” that, despite our high-sounding purpose, much of our passion for wars arises from racial or ethnic prejudice. He notes: “We talked about using our military force to get our oil in the Middle East from a sort of dark-skinned people. I never hear about us using the military to get our oil from Canada. We still think we are a great super race.” In conclusion, he observes:

You could argue World War II had to be fought. Hitler had to be stopped. Unfortunately, we translated unchanged the situation today. I met some Russians during World War II, officers from ships. They look to me like human beings. I had been burned before, having been taught to hate the Japanese with such fervor. I saw no good reason, at this point, to hate the Russians who I knew had fought valiantly in World War II.

When I was five years old my dad wrote me on my fifth birthday and tried to explain “The Good War “ part of why he had to be away in the Marine Corps:

I hope you have a wonderful time on your birthday–it’s your fifth and a very important one because you and Mommy have to take care of things without Daddy’s help. It would be great if we could celebrate your birthday together, but I know you understand that Daddy is away for a very important reason and we must never forget that. If Daddy and millions of other daddies were not away from home to fight the bullies, we might never be able to have nice homes and live happily together. So, however much we miss one another, we should try to remember that things would be much worse if Daddy and other daddies if were not willing to fight the bullies.

Have a wonderful birthday, and Daddy will be thinking of you—and when I eat my ice cream here, I’ll pretend it’s your birthday ice cream

Here is a real Marine pennant for your room. Love, Dad 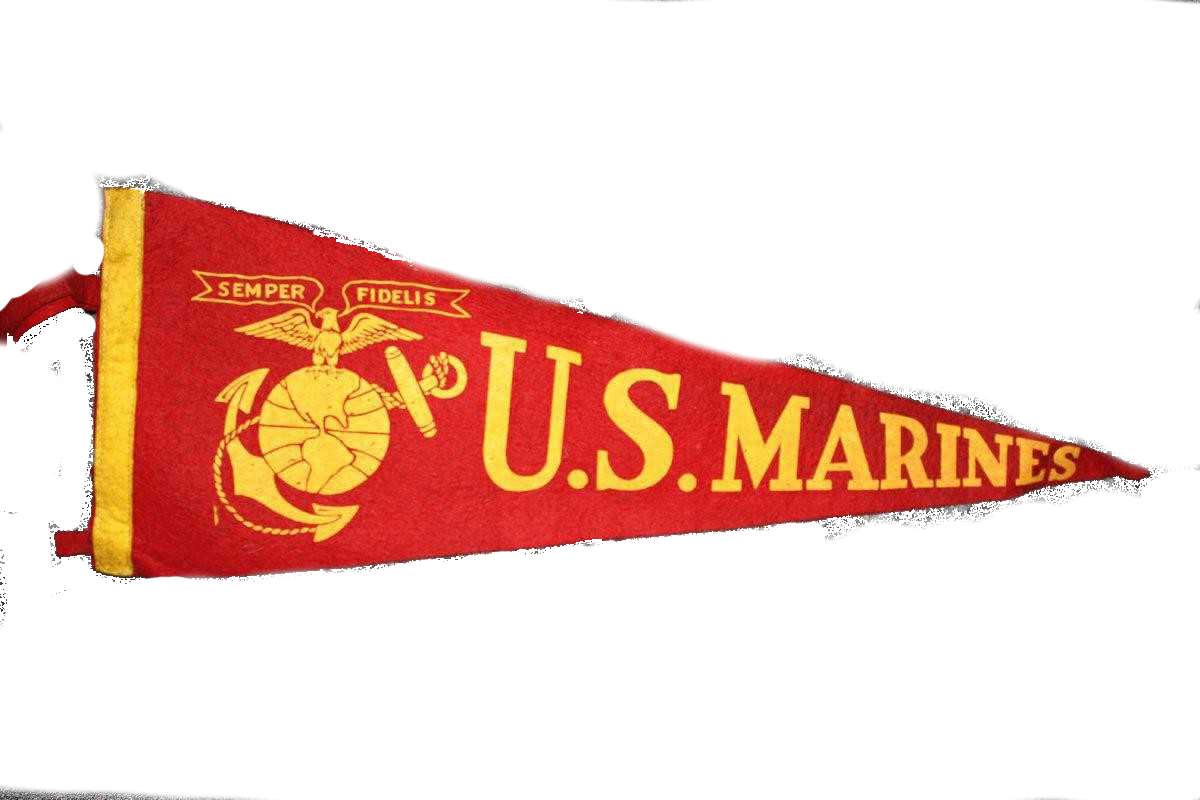 Similarly, in the current conflict we have no reason to hate the Russians, just Putin and the old white guys who control their military and feel entitled to have their former power and grand old Soviet Union restored.  Maybe this, too, is a good war. We are not directly entering the fight, arguing we are trying to prevent World War III. Many former military strategists have advised us that we should not hold back. They say, if the conflict is not stopped at this point, World War III will already have started. Let us persist and hope the present strategy succeeds.

To borrow a phrase from John Ciardi, American poet and World War II bomber flier, whose account is also quoted in”The Good War:” Until next time, good words to you,