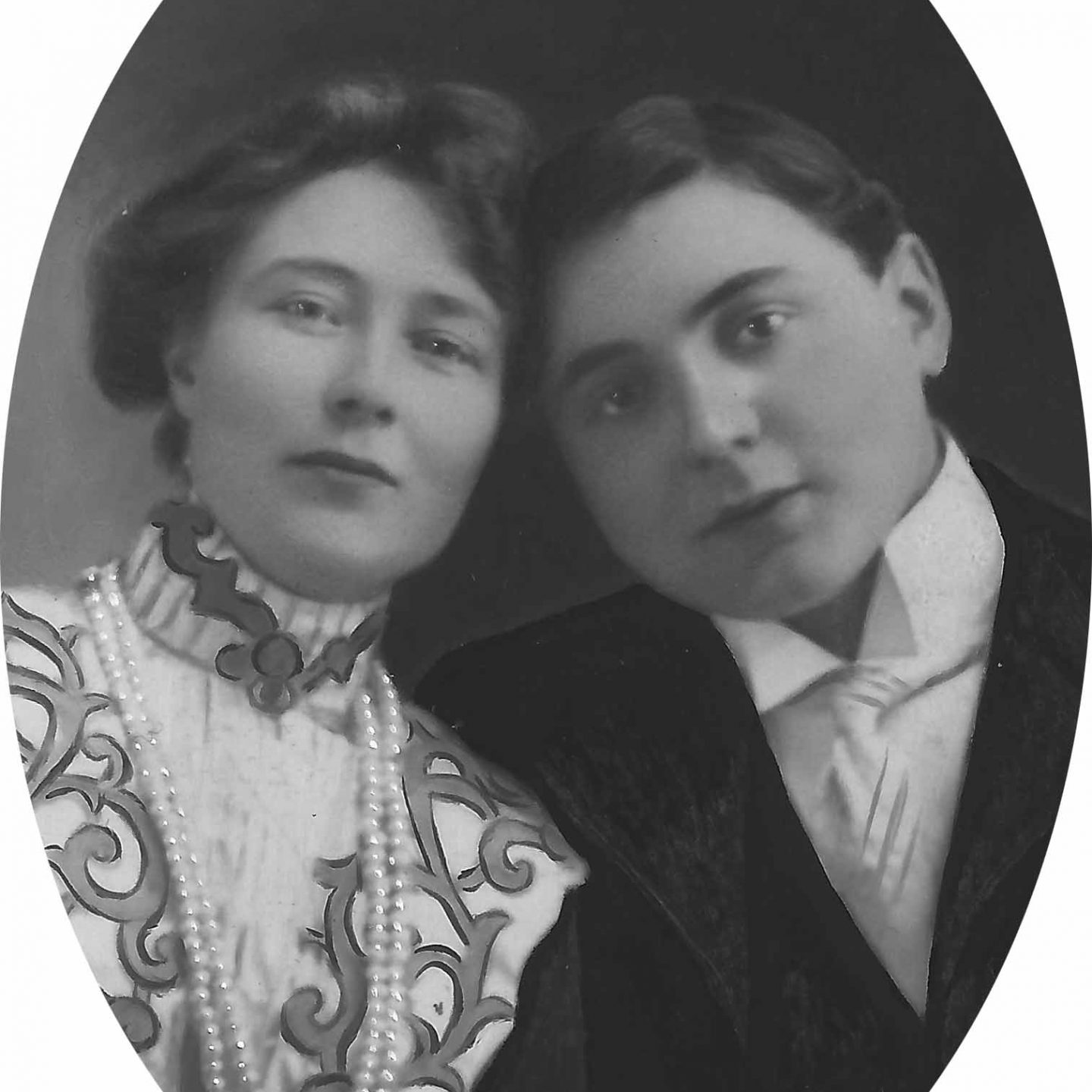 If you want a wider public to read your book, you’ll have to show how it involves  mainstream issues, its universal concerns. These include life and death, war and peace, passion for a cause, idealism and love.

You have a story to tell. If it’s an autobiography, it’s not necessarily interesting just because it happened to you. If it’s a biography, it has been a couple of centuries since you could start with the day your subject was born and proceed from there. If it’s historical, how do you interweave your individual’s life with the major events of the day? In short, to persuade your reader to buy, read and enjoy your book, you’ve got to answer this question for your prospective reader : “How does it express universal concerns”

There are many reasons for writing down family stories. Your immediate family and their descendants will want to know what has gone before, especially any funny experiences, honors and life achievements you wish to pass on. Or perhaps a dear friend and war hero has asked you to write his story, or you have fallen heir to an invaluable trove of letters from historic times. But why should anyone beyond the immediate family care? Can you make it more universal, by depicting a moral dilemma the person faced, a struggle against societal forces during a crucial time in history, settings and conditions which they helped to change during their lifetime? How have great biographers like Tim Russert (Big Russ and Me), St. Louis-born Marguerite Johnson, Maya Angelou (I Know Why the Caged Bird Sings) and John F. Kennedy (Profiles in Courage) showed the universal concerns in their life stories to give the larger population a stake in their tales and reasons to read and learn from them?

What are the universal concerns of my story?

But why should anyone care about my family? Dad was not a combat journalist like Ernie Pyle, risking his life to bring us the news in both Pacific and the European campaigns. Nor was he a combat ace flyer like Col. Gregory “Pappy” Boyington, a Marine flyer, who was captured, released, is credited with the destruction of twenty-eight Japanese aircraft and was ultimately awarded the Medal of Honor. Compared to them, Dad wasn’t exactly headline material.

My mother Alice, likewise, was a good cook, and like so many women in that time, a resourceful home economist. But she was no Julia Child, a World War II nurse who wrote the first Great French cookbook for Americans. Just as Dad wasn’t famous enough to be celebrated by Tom Brokaw, who wrote about Julia in his World War II classic, “The Greatest Generation,” I doubt Mom will be portrayed by a great contemporary actress like Julia Roberts in a feature film.

No, like so many brave Americans from that heroic era, my parents were just ordinary people.  In this spirit, however, Admiral William F. Halsey, Jr., Commander of the Pacific Fleet, said it best: “There aren’t any great men. There just great challenges that ordinary men like you and me are forced by circumstances to meet.” So how does one universalize the stories of ordinary people?

One difference in my subjects was that these two were writers—good ones, with a sense of humor and a feeling for the history being made in their lifetime.  I had already written a book based on Dad’s wartime letters. From these I learned not only about how history affected them, but also how they, in their own individual ways, affected history.

While women got universal suffrage by ratification of the nineteenth amendment  in 1920, their universal concerns of women were not over, destined to extend forward another century. My mother was a lifelong advocate of women’s rights and led by example.

In the early years of her marriage, my mother continued her role as press agent, which today would be called a publicist, interviewing such radio personalities as an engineer who became a musician, in piece called “From Slide Rule to Slide Trombone, and placed a newspaper story about an up-and-coming musician—Guy Lombardo. She wrote another about a barber who liked to sing in his shop and eventually pursued a musical career—Perry Como. No doubt Ben, who once handled their publicity account, introduced Mom to performers at the National Barn Dance, an early version of the Nashville country music scene, broadcast from the Eighth Street Theater in Chicago. She met Lulu Belle and Scottie, who met in Chicago on this show and discovered they grew up within forty miles of each other near Boone, North Carolina. She wrote a charming article about them called “The Hills of Home,” telling how first they became a singing duo and later a romantic dream couple. In addition, married to Ben Green, both before and during World War II, Alice became a consumer and critic of radio’s daily fare.

I find universal concerns in the story

And then it dawned on me—Alice was in the right place, at the right time, with the right point of view to chronicle the history of radio broadcasting. How it evolved from a personal medium, like that of her interview with Lulu Belle and Scottie, to daytime serial drama. She was also a consumer of instantaneous world news reports from the war. She was part of the audience for the big band productions, Such as Cavalcade of Stars, featuring the biggest entertainment and singing stars of the day. All these led to to what we have in an even wider universe of television today. This was my first clue on how to universalize my story. Show how Alice’s experience—for which she was an eloquent spokesman, was the same as that average heroic woman of the War Years–helping to win the war from the home front.

Moreover,  my parents were pioneers in radio, this magical medium that transformed the world. Dad, an advertising executive, was a creator, not only of advertising campaigns for his clients, such as Procter and Gamble, and Lewis Howe Company, maker of Tums, but he produced and directed the shows they sponsored, such as Knickerbocker Playhouse, Abie’s Irish Rose and The Guiding Light, a daytime serial drama written by one of the most prolific writers of her day, Irna Phillips. You might wonder, why did admen create the shows? In the early days, a sponsor bought  radio time, but did not have the creativity or resources to create the content. So admen commissioned the scripts, hired the actors and bought the right time slot for the expected audience, putting effective programs together.  In the book I go into more detail on why and how this worked.

Moreover, Dad was on the island of Guam, headquarters of the Commander-in-Chief — Pacific,at the nerve center of the Pacific war. On August 14, 1945, when the Japanese surrendered, he was the first broadcaster to know.. He slapped the news on the air at Armed Forces Radio Station WXLI, Armed Forces Radio Service headquarters in San Francisco put it on the U.S. networks, and the world rejoiced. It was the beginning of huge relief from the daily stress of along, dreary war, and itsa universal concerns.

From analyzing my source material, I began to get an inkling of the true universal concerns of their lives. World War II was a tipping point for social change in America. With their men at war, nineteen million women joined the work force. Radio, the first instantaneous mass medium played a big part in the outcome of the conflict. The new medium  provided daytime serial drama, entertainment and news, including pronouncements of world leaders and terrifying war reports. Moreover, President Roosevelt used his broadcast fireside chats  to rally the nation to arms and win the war.

Maybe my father could stand for the millions of taxicab jockeys, office clerks or factory workers, magically transformed, or not, by a couple months of training, into warriors, wondering what the heck they were supposed to be doing there. Or his wife, a mother and homemaker, whose breadwinner, head of household and answer to any problem too big for her to solve had been summarily snatched away from her, leaving her to cope with the everything else. Their story could represent the typical experience of ordinary Americans in the war.

Now that’s how to find universal concerns a story.

Back to: A Writer’s Journey: 10 Basic Skills Every Writer Should Know

Pub 2.0 Find your way in publishing