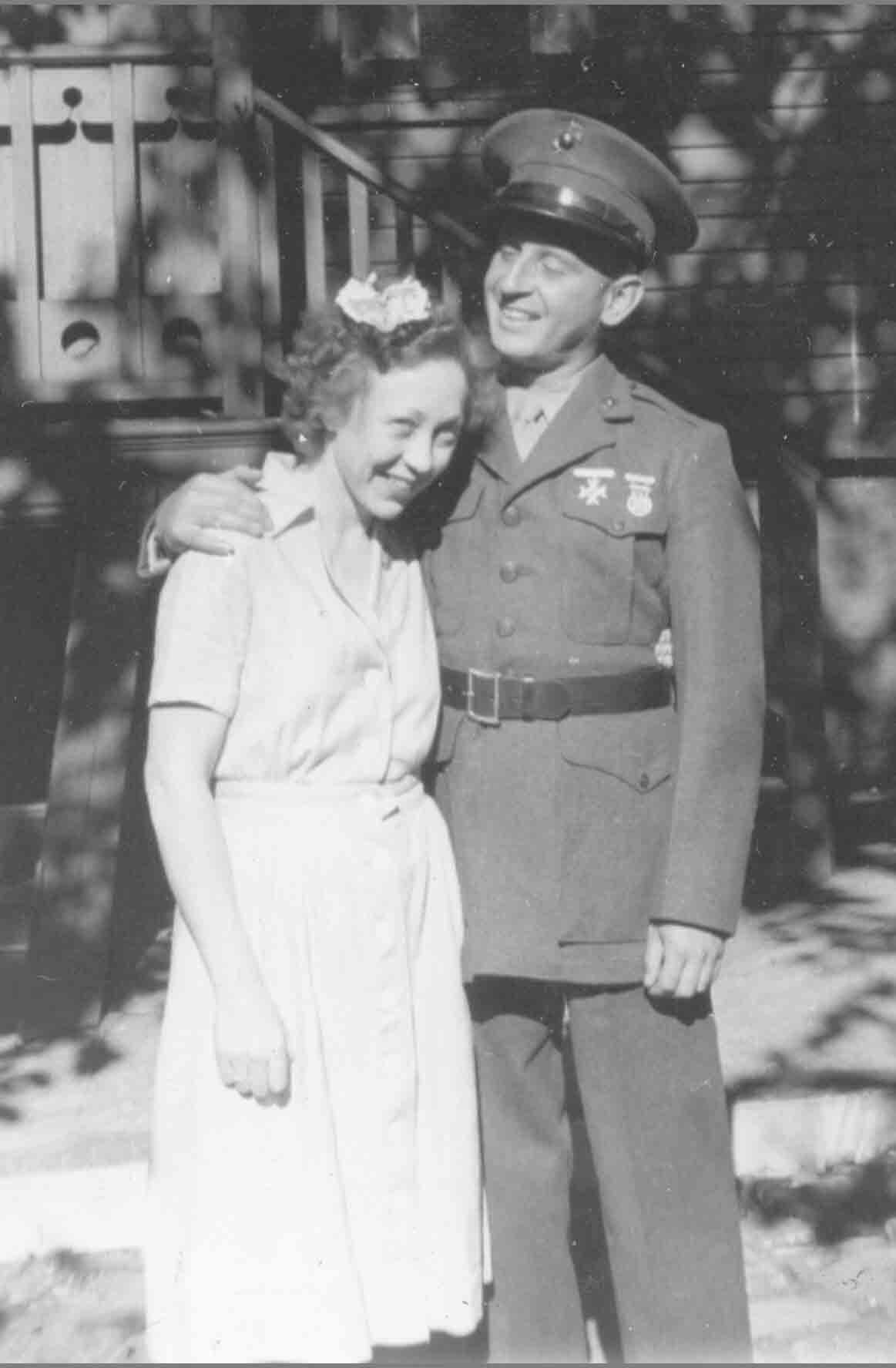 Military families come to mind this Veterans’ Day this year. Not not only our own military heroes, past and present, but also their families, especially the women, help defend our home front and our way of life. My friend E. Tracy Beckette, Brigadier General, USA  (Ret.), has hosted and produced a fitting and moving tribute for the Missouri Athletic Club to remind us all of our troops’ heroic service, for the virtual MAC 2020 Veterans Day Celebration: https://vimeo.com/475607142.When we view it, we should remember the military families who support them back home.

My dad enlisted in World War II at the age of 35, even though he already had two kids, to fight Hitler and the Japanese aggressor in the Pacific. This put a big burden on military families. He signed up in the face of a draft of older men, to exert some control over his assignment, so he could contribute where he could really help.

My mother was left on the home front, to raise the kids, run the household and make ends meet on Dad’s hundred-dollar-a month allotment check, plus whatever Dad could save from winning at craps and working in off-duty hours. She was a gifted writer, but income form landing an occasional “Between Us Girls” article was seldom more than forty dollars per publication. She said,

When Ben went off to war, …It was obvious I had to work. But with all these new duties and two small children under my wing, what could I do? There was a labor shortage. Sure. But was it so bad that some desperate employer would pay handsomely for two hours of of a frazzled female’s time after a hard day? Say, fifty dollars a week?

Now you can read her humorous take on the war and military families in her autobiography, which she never finished—somehow, life always got in the way. Fifty years later, I finished it for her: Radio: One Woman’s Family in War and Pieces.

When Dad was sent to Guam in early 1945 with thousands of younger men to carry out more island invasions, he kept talking. He convinced his superiors he needed to apply his broadcasting talent and experience to Guam’s Armed Forces Radio station, where he could increase troop morale and report on news of the war. In fact, his ten minutes of fame occurred on August 14, 1945, when he scooped the world on news of the Japanese surrender. You can read about his hilarious and misadventures and serious achievements in my first book, Ben’s War with the U. S. Marines.

Honor your own heroes this holiday season with the gift of my first-hand look into what Tom Brokaw called The Greatest Generation. All military families should be recognized, and younger folks will appreciate learning about those heroic times. Get a copy of my biographical memoirs to better understand and honor your own personal hero at my Books and Stories page.

Congratulations to Americans for electing Joe Biden as our 46th President and First Lady-elect Jill Biden, who champions military families

Till next time, good words to you!