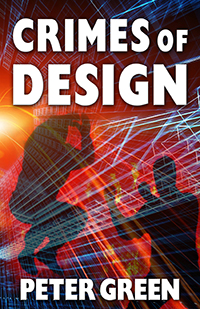 Mark Twain said, “Everybody talks about the weather. Nobody does anything about it.” But the writer has total control. An author can set the location, climate zone, season and particular type of weather to begin a story—in a snowstorm (Snow Falling on Cedars, David Guterson); in the pouring rain (My Fair Lady, Lerner and Lowe), or on a foggy night (The Love Song of J. Alfred Prufrock, T. S. Eliot.) I’m sure you can think of dozens of other examples.

The other night as I finished reading State of Fear, by Michael Crichton, I was reflecting on his topic’s gloomier aspects. He presents how our climate is changing, due to both man’s influence and the natural cycles of the atmosphere, and how little we can do about it. Whether or not you agree with Crichton’s thesis in this 2004 sci-fi novel, it is clear that normally we have no choice. We must accept and deal with day-to-day weather patterns in our own locales. It dawned on me that, as a writer, I have great license to do just the opposite. Within the bounds of reasonable plausibility, I can suit the weather to my own story’s mood and demands.

As I plunged into my second career as a writer, feeling my way in a new creative pursuit, I also discovered the potential of natural disasters to turn a novel’s setting into a character in the story, As depicted in James Lee Burke’s, The Tin Roof Blowdown, Hurricane Katrina broods, threatens and attacks, while government blunders, people suffer and detective Dave Robicheaux struggles to solve a crime, which goes almost unnoticed in the chaos. Similarly, in my debut novel. Crimes of Design, a “rain machine,” as persistent as in St. Louis’s notorious 1993 flood, poses a relentless menace to its victims. It enables evildoers to leverage their opposition to man’s comparatively feeble efforts to resist natural forces. In T. S. Eliot’s terms, the setting is an objective correlative, an external  means of showing rather than telling of the  characters’ emotion. Here’s how the setting becomes a character in the second chapter of Crimes of Design:

Foul weather compounded their troubles. Lightning and thunderstorms had unnerved St. Louisans for months. The newsmen called it another “rain machine.” As in 1993, it had settled over the sprawling Mississippi basin in early spring and stayed. The stationary front, anchored by low pressure over the Great Plains and a high-pressure system in the Southeast, sent storm after storm down a virtual railroad track across the Midwest, creating a new lake in North Dakota, swelling the Platte, the Kaw, the Missouri, the Illinois and finally the Mississippi out of their banks and reclaiming large chunks of the continent for their waters. The monster flashed its eyes, let out angry growls and kept coming, flooding the land and setting everyone on edge.

Setting as an evil force

Similarly, in my second mystery, Fatal Designs, an earthquake is the inciting incident, separating Erin MacKenna from her canoeing party. In ancient times, the Chinese believed such phenomena were the result of a huge dragon writhing under the surface of the earth. Patrick MacKenna knows perfectly well what scientists have explained for decades, Shifting plates beneath the earth’s surface cause this disruption. However, as the urban disaster and his own family’s plight worsen, he senses an evil being working against the honest efforts of mankind, and him in particular.

Setting as a character

Almost without my realizing it, the setting of the novel had evolved into a character. My protagonist feels this being is working to defeat him, his family and his entire city. It stimulates him to summon all his resources to find the human culprits and solve the crime. Likewise, when Burke pits Dave Robicheaux against the forces of the hurricane,  he brings to life as an almost sentient foe. In so doing he raises the stakes and makes the main character’s victory against all odds even sweeter.

As a reader or writer, what are your favorite examples of setting as a character in a novel? What else can the choice of setting do for a story? Please leave a  comment.

Peter H. Green, an architect and city planner launched a second career as writer in 2004.  He has written two World War II biographical memoirs, and two crime novels. He lives in St Louis with his wife, Connie. His third architectural mystery, Chicago’s Designs, a prequel to the Patrick MacKenna series, is on submission.