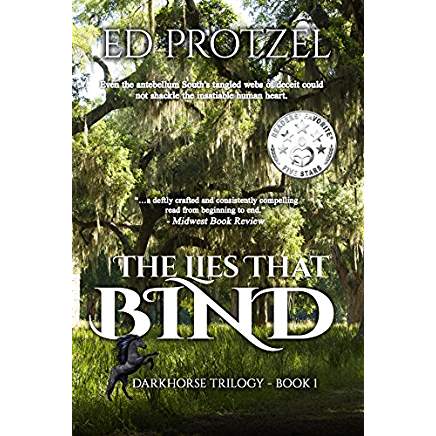 Half-breed Seminole Durksen Hurst, a perpetual misfit and charlatan who must keep moving to avoid the victims of his schemes, tired of his game, returns to his roots among the Chickasaws who raised him near the Mississippi town of Turkle. As he approaches through the Chickasaw swamp he encounters a band of dispossessed black slaves whose master was murdered and promises he will make them partners in a new employee-owned venture. Through a land deal with the Chickasaws, they set out to found a new plantation. The leader of the slaves, Big Josh, suggests they pretend Hurst is their master to avoid discovery. Their competition in this new enterprise is the reclusive matriarch, Marie Broussard French, and her heir Devereau, whom she conscripts to carry out her plantation management, devious plots and monopolistic business dealings, just as she controls the pieces in her ongoing chess game.

While Hurst and his partners build their envisioned estate, Lincoln is elected, and the South secedes from the Union amid talk of civil war. As the national conflict grows and landed Southerners struggle to preserve their way of life, they mirror the French family’s devious plots to trick Hurst out of his newfound success, gain control over his property and continue running the town. When he discovers the truth, Hurst finds his identity, his mission and his soul to be well aligned with the Union’s cause and vows to liberate both the black and white pawns on Mrs. French’s chess board and rescue the true heroes and heroines of their country and their beleaguered community. Through it all, he carries his father’s horror at the reality of the Old South’s way of life:

Slavery! As a boy, Hurst had barely listened to his father’s ongoing rants against the South’s so-called peculiar institution. Through a child’s eyes, Hurst had seen dark people wearing ragged clothes, working in the field as part of the natural order, just as he’d seen squirrels living in trees, fish in the water. He didn’t know any better, except for what his father had told him. But when he left the Chickasaws at seventeen for the wider world, he saw clearly the violence inherent in maintaining that order, and it frightened and repelled him. In retrospect, his father had been right.

Rendered suspenseful, gripping and beautiful in Protzel’s vivid prose, the white-hot passions of the Old South breathe life into the characters and lead them into new and unlikely alliances. The remaining two books of the trilogy promise the rebirth of this Mississippi town from its ashes, as its denizens strive, in a bloody civil war, to right the wrongs, not only of their community, but also of the young American nation. This is an engaging read, which I highly recommend to all lovers of history and historical fiction.

Learn more about the Writer’s Journey.