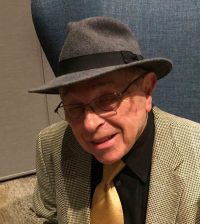 Author Peter Green is a writer, architect and city planner raised in a family of writers. He found his father’s 400 World War II letters, his humorous war stories and his family’s hilarious doings were too good a tale to keep to himself. So he went back to Washington University to study creative writing and launched a second career as a writer.  First he retold the amusing antics and serious achievements of his father’s military adventure, Ben’s War with the United States Marines. His second biographical memoir, Radio: One Woman’s Family in War and Pieces, was published in 2018., and a third, autobiographical memoir of his architectural career, An Irrepressible Architect is forthcoming in Fall, 2021.

Listen to Peter talk about his work

In Peter’s architectural career. he encountered enough misdeeds, deception and outright skulduggery to inspire an architectural mystery series. His first Patrick MacKenna Mystery, Crimes of Design, was republished in 2014 by Greenskills Press. A new Patrick MacKenna Mystery, Fatal Designs, appeared in early 2015 and a third, a prequel to the series, Chicago’s Designs, in 2019.