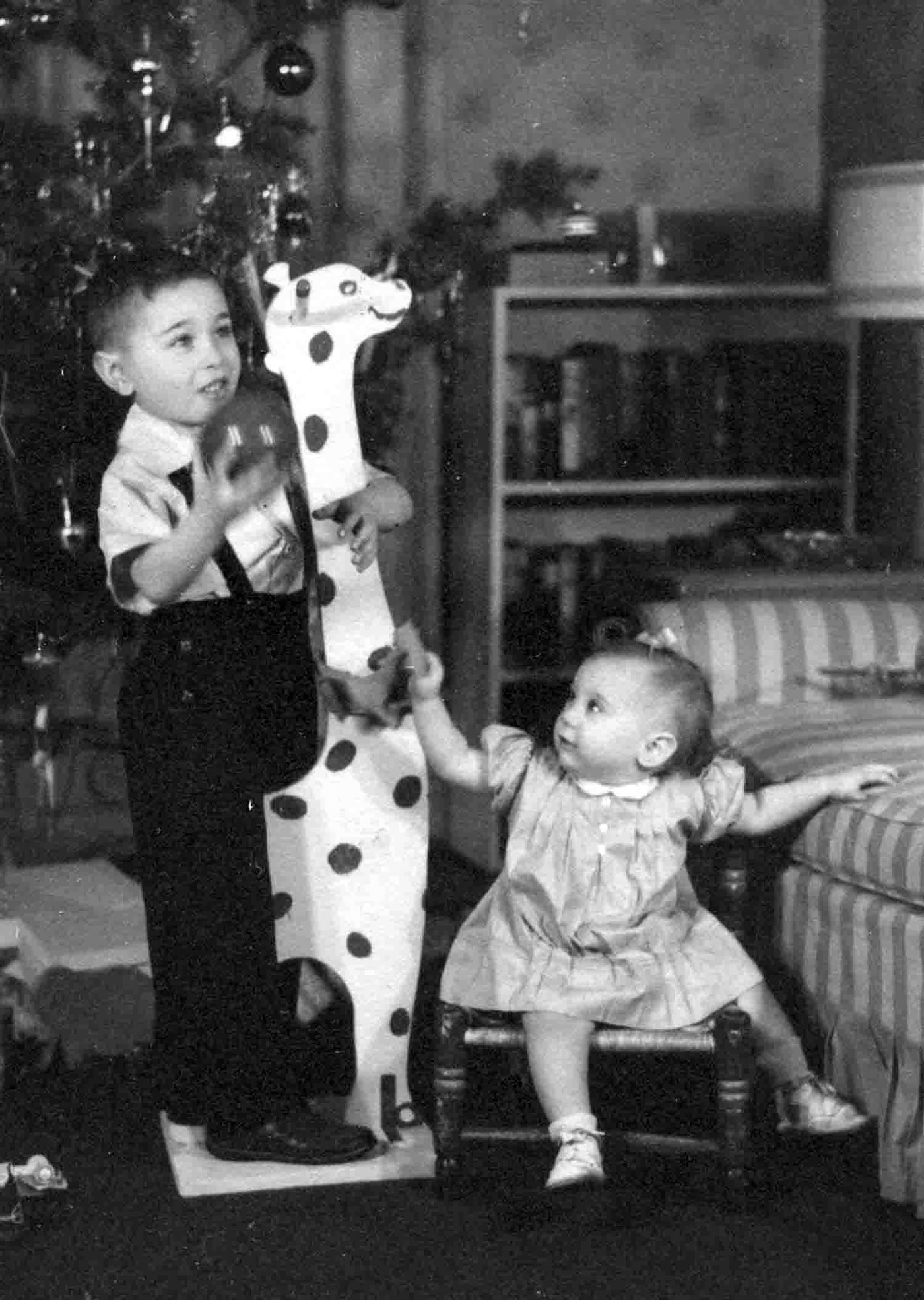 Mom and Dad spent a virtual Christmas in December 1944 through their frequent letters. To avoid infecting others with the rampant corona virus, many of us in America will again have to forego our traditional holiday visits with distant sons, daughters and grandchildren, other relatives and friends. Front line workers in hospitals, clinics, nursing homes, delivery services, critical stores and military deployments will also be missing traditional holiday celebrations in consideration of the risks and health needs of others.

As the holidays approached, Ben awaited final orders at Mare Island Naval Base to be deployed to the Pacific with his buddies for the final push against Japan. For their virtual Christmas, Ben coordinated with Alice on presents for the children, including a wagon for Pete. He spent Christmas Eve with Lt. Burns and her fiancé, “Burnsey and Bob Ives,” and arranged for a telephone call home, a process that normally took 18 hours:

The operator and I started chinning and shooting the breeze in a very friendly fashion and I think she must have put me in ahead of turn, because it really only took 11 hours, and the day operator acted as if she had known me all my life when the call came through.” Pete seemed so thrilled to talk, and for once he had so lost his “allergy to telephone conversations” that he admitted to singing afterwards.

—Ben’s War with the U. S. Marines, Chapter 4,”The Politician,” and Chapter 5, “Transported to Guam”

Ben’s holiday loneliness was also eased when he dressed and went to dinner. “[I]t was such an elegant affair… TABLECLOTHS and a printed menu, which I am sending you… free cigarettes, a bag of nuts and an orange, and a really marvelous turkey dinner.” Afterwards, he went up to his bunk: “Then I had the glow of my wonderful presents all around me… the watch is positively beautiful and keeps second-perfect time. It’s one of those good Swedish watches, which in case you didn’t know are the only ones left that still carry Swiss movements, since they alone can get them . The wallet is slick and just right. It fits snugly, either inside my pocket or in my trousers…”

Christmas 1944 did bring Peter a Radio Flyer coaster wagon, a coat with a sheepskin lining, a clothes rack in the shape of a giraffe from Uncle Mel and many other gifts from relatives who wanted to make up for his father’s absence.

Ben concluded on November 20: “Pete’s Christmas seems to be rounding out and I am impelled to remember that we both go through the very same crisis each year worrying about whether or not he’ll have enough, and then kicking ourselves because we don’t have house room for what he gets. He’ll certainly not be forgotten by the family. His clothes sound so grown-up and so all-boy. I remember my first Mackinaw. They were standard with kids, and I didn’t get a sheepskin lined coat until I was a freshman in college and then I wore it with my green spot on my head [the freshman stigmata of the era] and looked very college.” Their virtual Christmas was complete, and they declared it a success.

For Mom’s virtual Christmas, Ben had almost let the cat out of the bag in one of his letters. He had done some Christmas shopping for her in the fine stores of San Francisco; while he didn’t say why he was there, he couldn’t help describing them. “Magnin’s and City of Paris and Livingston’s are the fancy stores here, and for a change I saw some well-dressed gals, which was a treat…. I have yet to see one that looks as good to me as my baby, and I’m an authority…”

For the next twelve days there are no letters in the collection, for the very good reason that a flurry of phone calls and travel arrangements preceded a visit by Alice to California, her last chance to see Ben before he shipped out overseas. After their holiday separation, they spent a blissful week in a cottage at Oceanside, a town just to the north of Camp Pendleton. Family pictures attest to the joy they both felt at being reunited for this brief but happy period.

Indeed, in letters for months afterward, Ben glowed from memories of their time together; they both referred to it ever afterwards as idyllic. It was also a chance for some of the wives to meet their husbands’ Marine pals, and each other, gaining valuable moral support. Alice traded letters with a few of them, including Mary Terrill, Cliff’s wife, in Barnsdall, Oklahoma; Dorothy Godsall in San Francisco; Jean Morrow in Chicago, and a few others. Mary Terrill reported that, before he could get aboard ship, Cliff was sick as a dog and was held back from the 38th Replacement Draft, Ben’s unit, to the 40th, although he soon followed them overseas.

These wartime experiences suggest that, once we have the all-clear signal and can begin to reunite safely again, because of our temporary personal sacrifice and holiday separation, the reunion will be all the more memorable and sweet.

For the full story of Alice and Ben’s World II poignant parting in World War II, our virtual Christmas and their ongoing virtual romance, please visit my website. For more information and to order my books about military families, visit my Books page.