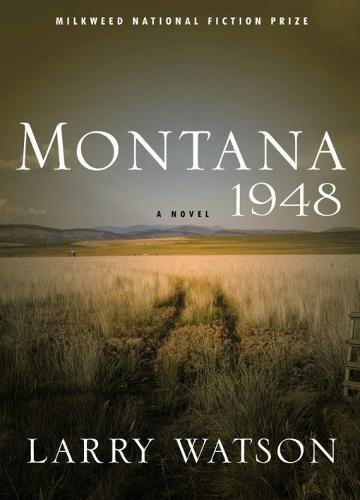 This novel, set in Bentrock, concerns this small Montana town’s terrible secret. David, an insightful 12-year-old, narrates the story of his father, Sheriff Wesley Hayden, his mother Gail, their Sioux Indian housekeeper Marie and his uncle Frank, a war hero and one of only two town doctors. He tells the how his family, descended from a long line of law enforcement officers, hold a privileged and prominent position in the town as their birthright. Dr. Frank Hayden also treats the members of the nearby Indian reservation. When Marie falls ill with pneumonia, her health improves under the doctor’s care, but she soon has an apparent relapse and dies. When questioned by his father, David reveals that he has observed his uncle’s presence at an odd times of the day, while his father and mother were across the street working at the sheriff’s office.

Sheriff Hayden puts together his son’s observations with the fast-multiplying rumors he has heard from his wife and other women in the town about Franks’s abuse of the tribal women has attended in his medical practice. He suspects his brother of murder to silence a victim of his crimes, yet at first refuses to face or reveal the town’s terrible secret. While their domineering father, also the previous sheriff of the town, has instilled in Wesley his duty to enforce the law, he has traditionally overlooked his other son’s weakness for “red meat” as an inevitable and acceptable prerogative of the white men of the territory. Yet is also unaware of the town’s terrible secret, his favorite son Frank’ s widespread abuse. His wife pleads for him to drop the case and allow their lives to continue as usual. Wesley must choose between his comfortable and prominent status and his duty to enforce the law, potentially splintering this first family of Bentrock and destroying their way of life.

The clear, direct prose of this native North Dakotan and Wisconsin English teacher’s novel, in the voice of a 12-year-old boy, leads innocently enough toward the shattering revelation of the town’s terrible secret. Although first published in 1991, this starkly modern story seems prescient of the movement for racial justice, which has again come to the fore some 40 years later. At the time of its publication the work was awarded the Milkweed National Fiction Prize and the Mountains and Plains Booksellers Association Regional Book Award. It has since garnered many other honors. This book was re-issued in 2007 by Milkweed Press and is still available at booksellers and on Amazon.

For some more good reading, see my architectural mysteries and biographical memoirs, on the Books tab,including my newest release, Becoming an Architect: My Voyage of Discovery.

Until next time, good words to you!