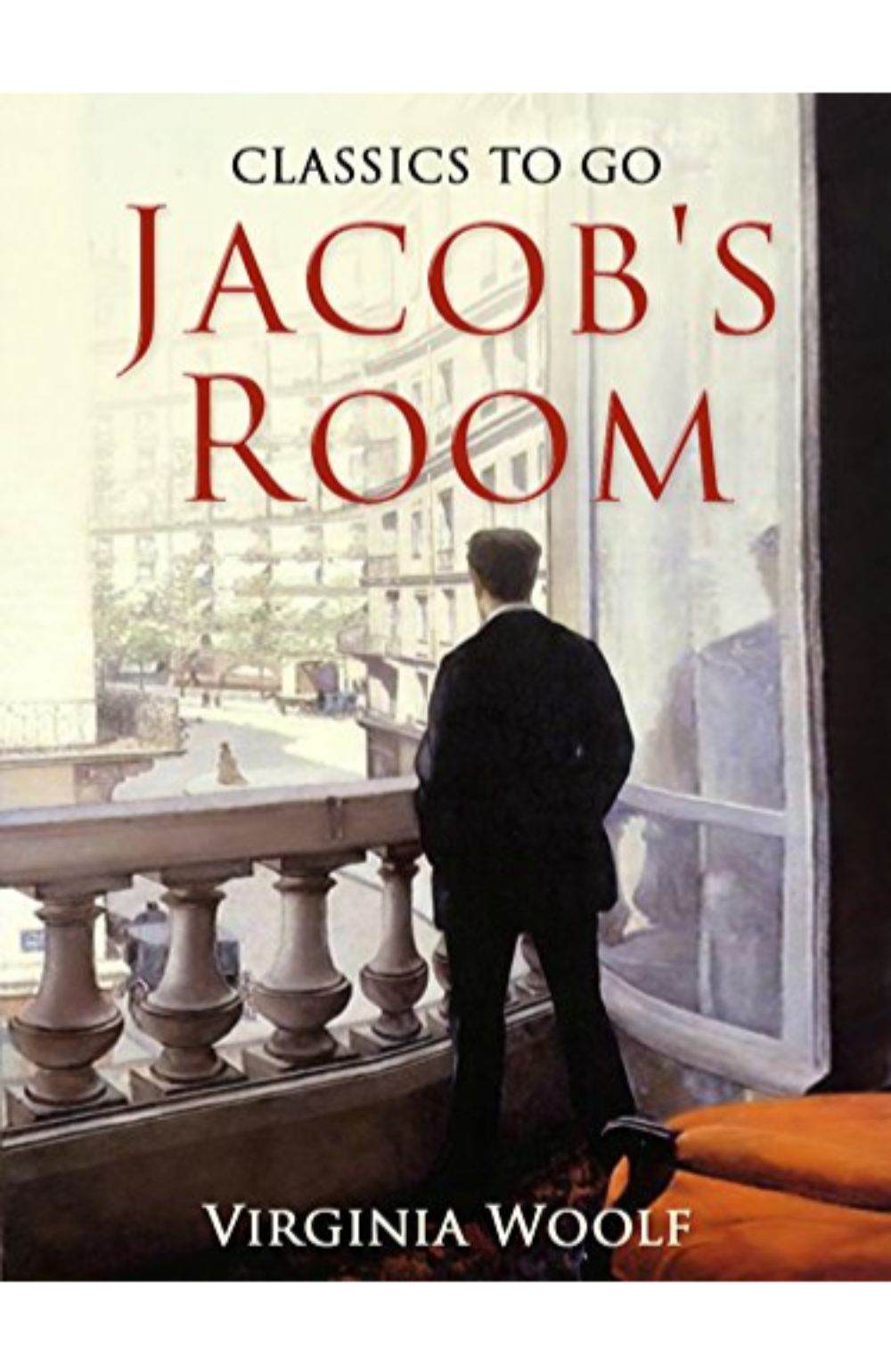 According to the experts, social distancing is the only measure available to slow the spread of coronavirus until a vaccine is developed in a year or so. So many of us are stuck inside, and ought to remain until the pandemic subsides. For sure, we are sticking close to home. Among other things, I’ve had to cancel my March 25 book signing event.* What to do? Television is full of depressing news, most major sports events are canceled and all but essential venues, restaurants and shopping locations are closing for the duration. It looks as if we’re forced to resort to streaming movies, home-based hobbies and an old favorite pastime to fill those long, sometimes lonely, winter evenings: curl up with a great book.

* By the way, if you still want one of my autographed books, please call Emily at Main Street Books and she’ll ship it to you free.

Last month I reported on the first half the 1000-page anthology, Great Short Novels, edited by Edward Weeks (Garden City Publishers, an imprint of Doubleday Doran & Co., 1941). Since my last post, I’ve finished the remaining six great books in the collection. I’ve had a variety of congenial companions: Dubose Heyward, Laurence Sterne, Herman Melville, Virginia Woolf, Henry James, and Thornton Wilder. They remind me that exciting, stimulating and worthwhile as contemporary novelists’ best works are, the quality and fascination of great books  never ceases to amaze and reward its readers. While this edition is out of print, a few used copies are available online:  https://www.amazon.com/Great-Short-Novels-Edward-Weeks/dp/B000NWV3NS. The stories themselves are available in other collections, individually or in e-formats on www.Gutenberg.org .

DuBose Heyward’s Porgy (1925), set in 1920s Charleston, South Carolina, celebrating  the impoverished Negro population’s robust spirit, was a great book to begin with. Porgy a cripple and a beggar, sustains life and hope despite setbacks often caused by mistrust between white society’s lawmen and their misunderstanding of the Negro population. Herein lies the fatal flaw that underlies the tragedy that results in the temptation and abduction of his beloved Bess and the death of an innocent man. The self-educated Heyward based his story on actual Charleston characters, faithfully reproducing the speech, life rhythms, sounds and musical cadences of the historic city, inspiring George Gershwin to write his 1935 folk opera, Porgy and Bess.

This great book, A Sentimental Journey though France and Italy, written by Laurence Sterne (1713-1768), was published one month before his death. The author of The Life and Opinions  of Tristram Shandy, Gentleman, an outrageous, humorous and satirical novel that caused him to be lionized in England. He was a minister of the church,  he loved to travel and he carried on affairs with women both grand and humble. In the early 18th century, an era much more socially liberal than the present day, he pushed his romantic adventures even beyond those limits. At age 53 and a victim of hemorrhages of increasing severity, he was smitten with a married woman half his age. As he recovered from his latest relapse, he wrote a reminiscence of his amorous adventures, which gave him a new lease on life. It rekindled his hopes for the future, as he awaited a reunion with this new mistress when she returned to him, freed of her marriage bonds.

Weeks classifies Journey not as a travelogue but as a novel, since it is presented  a fictional account of the young nobleman Yorick, personable, garrulous and resourceful, who finds a girl in every port as he wanders across the continent. According to the literary custom of the time, not so much as a single amorous detail is revealed. Yet, through humor, implication and innuendo, there is little doubt that this nobleman, in this regard, is well provided for.

Billy Budd, Foretopman (1927), Herman Melville’s last novel, relates the history of an impressed young seaman on the 74-gun Man-of-War Indomitable, in 1797, a time after a series pf famous mutinies, when the continuity of military discipline was under great threat. Handsome, muscular and endowed with a gentle nature Billy’s only flaw is his shy, inarticulate stuttering. This trait results in his downfall, when he comes to the attention of Master at arms Claggett, disciplinarian of the ship. This jealous, envious soul makes it his business to pick on Billy for no other reason than that he is attractive, well-liked among the crew and incapable of taking offense or suspecting ill will in others. His only defense when attacked due to his difficulty in speaking is to strike out at the offender. The tragic results of this clash, which does little to reinforce military discipline, raises the essential questions of duty versus humanity, humility versus pride and maintenance of British authority versus upholding honorable conduct. It is a tribute to Melville’s skill in rendering, character in elegant, precise prose, and its strength when tested in battle.

Virginia Woolf’s literary style was a shock to my system as a young reader. It appeared disorganized, lacking in plot and missing narrative drive. However, rereading her later in life, with I have a better appreciation of her work. In Jacob’s Room (1922), which is everywhere the young dilettante travels–she while she renders a vivid picture of England and Europe in their pre-World-War-I prime. In an illuminating introduction, editor Edward Weeks three keys to unlocks the secrets of her prose:

First, the author employs thumbnail sketches, random fragments of information, incomplete yet skillfully crafted in telling detail, to create memorable characters with a minimum of means. He describes Captain Barfoot, “the punctilious and, I am sure, platonic lover of her mother;” Florinda, one of Jacob’s lovers, “who talked about virginity more than women usually do”(and casually mentions later that she became pregnant), and a friend Cruttendon, whose painting Jacob describes as “a solid piece of work.”Second, she creates a catalog of the commonplace, which is really a radiant impressionism of the pen, as Monet or Manet made with a brush—capturing smoke randomly blowing in the wind, a fluttering scarf, a girl’s chance gesture arrested in motion, the reflection of sun at a certain angle off the water or boats returning at various speeds back to the harbor.Finally, she reveals thoughts as incisive essays, as Jacob rides through London on a bus or visits the Parthenon, to convey a perceptive and sensitive young man’s view of beauty, his sad loneliness and his sensitive experience of European culture.The last great book in this anthology, The Bridge of San Luis Rey, by Thornton Wilder, brings life to Peruvian society of 1914— from the humblest wards of the abbey convent to the Viceroy and the king of Spain— leading up to the day when an ancient fiber bridge fails and five people plunged to their death in the gorge below. Brother Juniper devotes years of study to the causes and meaning of the incident and ponders its implications for theology: was it an accident or God’s will that these five should perish? The sense of his conclusions is that those who died had completed their mission in life and deserved admission to Heaven. The theme, Weeks concludes in his introduction, is best expressed by the closing sentences of the author’s:We ourselves shall be loved for a while, and forgotten, but the love will have been enough… Even memory is not necessary for love. There is a land of the living and a land of the dead and the bridge is love, the only survival, and the only meaning.”

My mother, Alice Herlihy Green, took Thornton Wilder’s course in creative writing at the University of Chicago in the 1930s. Her career a press agent, or publicist, led her to a writing career and three times she started her own humorous autobiography, which I finished for her a century after her birth, entitled, Radio: One Woman’s Family in War and Pieces This  eyewitness account of her childhood, her own war, the Golden Years of Radio reveal the light-hearted viewpoint of a shy, youngest child, who learns she can make even the stormy an outrageous characters in her won family laugh.  While probably not a great book, it has been praised by readers as a very funny read. This rounds out my recommended reading during this period of social distancing